October 2011 in Snarky Brides
This story just popped up on my news feed.

I'd also recommend checking out the news fb page.  There are some pretty awful things being said in the comments... (http://www.facebook.com/KARE11)

CN/background: a Minnesotan Muslim woman was found guilty of funneling money to a terrorist group in Somalia.  It's been a hot topic here for awhile, because this isn't the first case. (There have also been stories about teenage Somali boys who go 'missing', only to find out they were sent to Somalia to train as terrorists.  According to a number of sources (both within and external to the local Somali community) MN is a busy recruiting spot.

She's now refusing to leave her jail cell (but is apparently still eating) because she is not allowed to wear her 'headwear' in the prison.

Thoughts? Is that a protected religious right? Does that right outweigh the safety of herself and other prisons (could be used for choking/suffocation.) 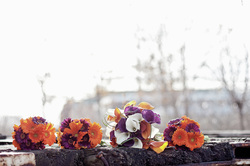