A Fun Look Back

March 2017 in Wedding Recap and Withdrawal
One of my favorites parts of our wedding was our engagement announcement.  A co-worker of mine recently got engaged and asked to see it so I pulled it out to show her and read through it again myself.  It was so fun that I wanted to share it and the awesome accompanying photo of course! 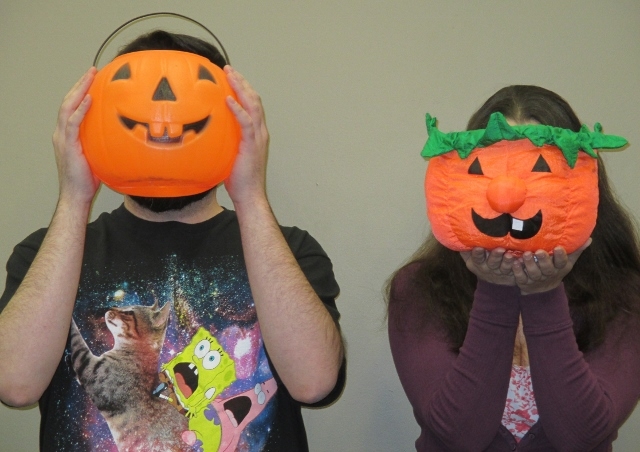 BP and JM announce loudly, clearly, and with strong steady voices their engagement to be lawfully wedded into marriage, which will encompass “knot tying,” “hitching,” “broom jumping,” “glass stomping,” and the oppression of no more than one ankle each by the fastening of balls and chains to said ankles.

The bride to be is the daughter of HP and LP of X, PA. She is a 2010 graduate of X College where she learned how to manage time by drinking coffee, was very active in theater, and failed statistics because it's useless. She works as the Secretary of Special Education for X.  In her free time she is active in community theater, has achieved the status of a level 80 night elf hunter, and much to the chagrin of her groom-to-be she's never eaten, or attempted to eat, their pet cat.

The groom to be is the son of SK and JK of X, PA, and the late JM. He is a 2002 graduate of X University where he discovered electricity, taught sharks to lie, and of the force became a pupil he did. He currently works as a Guest Relations Representative at X. In his free time he is present in community theater on occasion, enjoys eating sins, and causing strangers' pets to doubt their owners.

They will assume their roles as spouses on Halloween which, contrary to popular belief, is the most wonderful time of the year. The ceremony, requiring guests to attend in costume, will take place at the Masonic Hall in X followed by a frightfully festive and fantastical feast, fraught with fearful fun and fabulous frivolity ranging from funny to freakishly phenomenal.

Re: A Fun Look Back