October 2016 in Chit Chat
Well it's almost time to get back to reality; DH goes back to work tonight, and my first shift back is Monday. Overall, our wedding was wonderful, and I can't even complain about the weather (even though I was chilly). I don't know if y'all remember, but I had a bridesmaid step down because she found out that she was pregnant; she actually had her baby on October 2 and asked if it was too late for her to be a bridesmaid again. She looked beautiful, and I couldn't have been happier to have her.

However, no wedding is complete without a little drama; I swear I must've boarded the crazy train for the weekend. We had NO problems to really speak of this entire time, so I kinda figured something might go wrong; I didn't think it would be one thing after the other though! My coordinator (the venue's director of special events) was completely horrible the week leading up to the wedding. On Tuesday, she called me and said that we weren't having shrimp as an hors d'oeuvre anymore because she didn't understand her notes from our tasting and didn't order enough (which was her "resolution" after a series of emails). Thankfully, she figured out some way to make sure we had the shrimp. When we were at the venue for rehearsal, the rentals were being delivered. I raised concern over the chairs and she said "it'll still be beautiful." Well, okay, but I asked for chiavari chairs and these are not what I requested and paid for. We had a couple call us the morning before the wedding to say that they were unable to make it because his mother was in the hospital. I sent an email to our coordinator to let her know that we would be setting that table for two less seats. She sent me a message and said "Well you already paid for them and we bought the food, there's no refund." I replied and told her that I wasn't looking for a refund because I understand that the food was already bought, I was simply requesting the table be set for two less people. Fast forward to the wedding; she pulls me and DH "aside" (literally right behind the last row) and basically had a freakout because "the seating chart is ALL wrong; there were more names than there are chairs." I reminded her that we had this conversation yesterday and the table we were referring to was already taken care of. I found out later that the staff served a plate of crab cakes to DH's uncle who is allergic to shellfish AFTER asking who he was. She wore leggings and a grungy t-shirt to the reception, which struck me as odd, but seemed to bother some of my guests more than it did me. She made my mother-in-law cry after introductions and she was just generally rude to DH and I after the incident transpired. SIL somewhat subtly announced her pregnancy at the end of a toast that she gave. I was surprised to say the least, but DH was pissed. They haven't spoken since.

My lesson in weddings: try as you might, it will NEVER be 100% completely perfect. Even after reading countless reviews, I never saw that shit storm coming from my coordinator. However, at the end of it all, we had a great time and all that truly matters is that we got married. The rest is just an added bonus and it makes our wedding ours. As you know, DH and I are in public safety, so we just took this as a nod to our daily life...nothing ever goes according to plan A (or B or C). We don't have any pictures back yet, but here's a few that people have posted on Facebook. The branches behind the arch were supposed to be lit up for the ceremony, but a little critter chewed through the extension cord and nobody knew about it until it was too late. My dad did go to his truck to get a new one though, so some of our professional pictures were taken with them on. 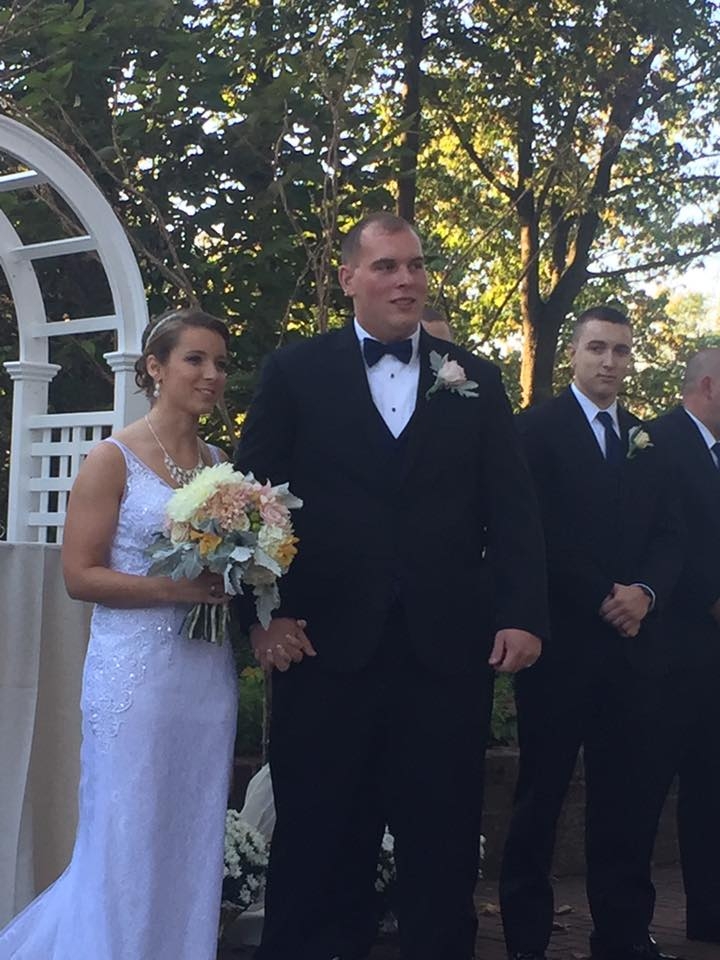 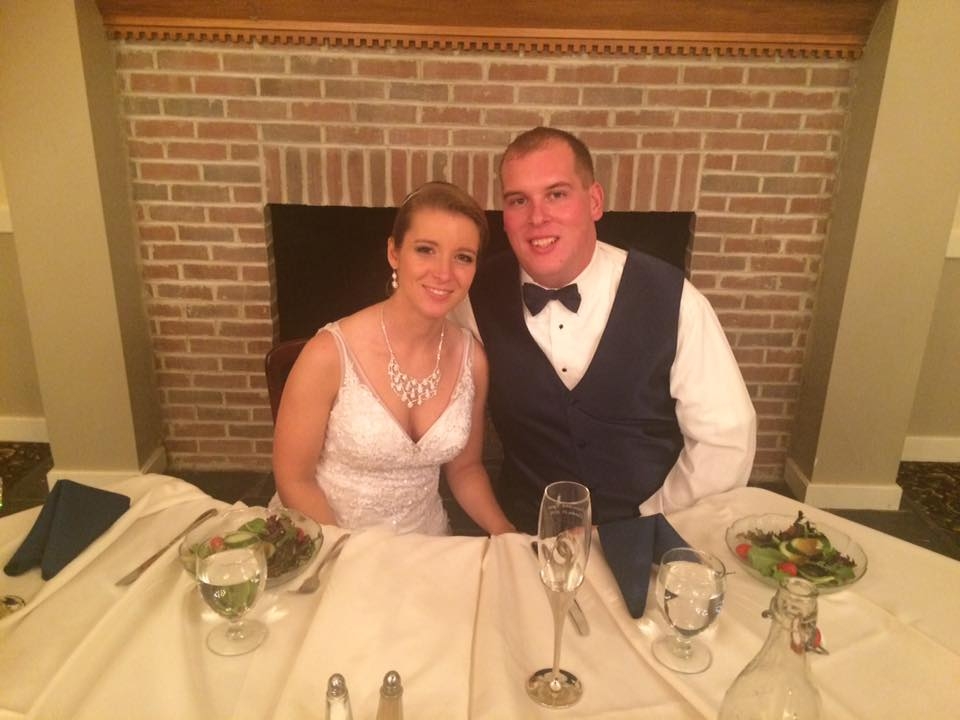 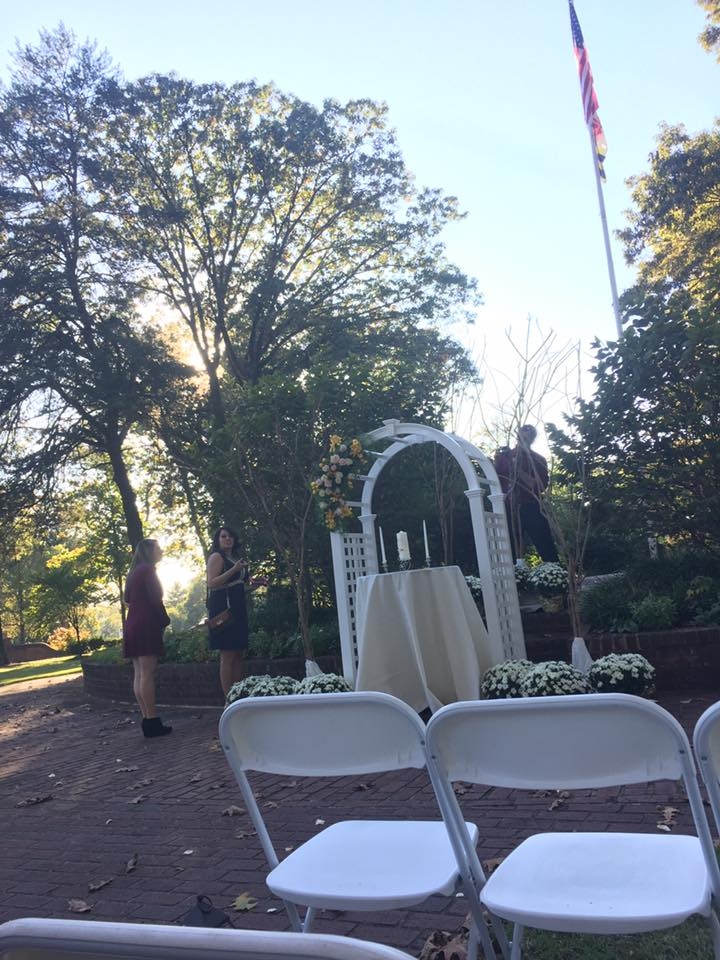