We Did The Thing

Overall, I have to say it actually turned out significantly better than I anticipated. The weather was great. We didn't even have to put walls on the tents (the amount we spent on things we didn't need makes me twitchy). Nobody got food poisoning.

There was so much food, we hosted the whole group for like 5 meals over the weekend. Many of the camping people folks commented that they were silly to bring their own food.  We fed them basically around the clock for 2 days. Also everyone enjoyed the weekend long open bar. We still brought home 2 cases of wine and several cases of beer.

Hiring servers was the best choice. They were so awesome and friendly everyone actually assumed they were friends of ours, not strangers. We loaded them up with takeout containers of food and a generous tip before they left late in the afternoon. One of them said it was the most enjoyable wedding she had worked at.

My mom and birth mom spoke and the world didn't implode.  I was also surprised with the most incredible bouquet I've seen, and even though she hadn't seen the dress, birth mother matched the flowers to it perfectly.

Speaking of the dress. It was my favourite thing by far and everyone was so taken by it I got compliments on it all day.  I mean look at this thing. 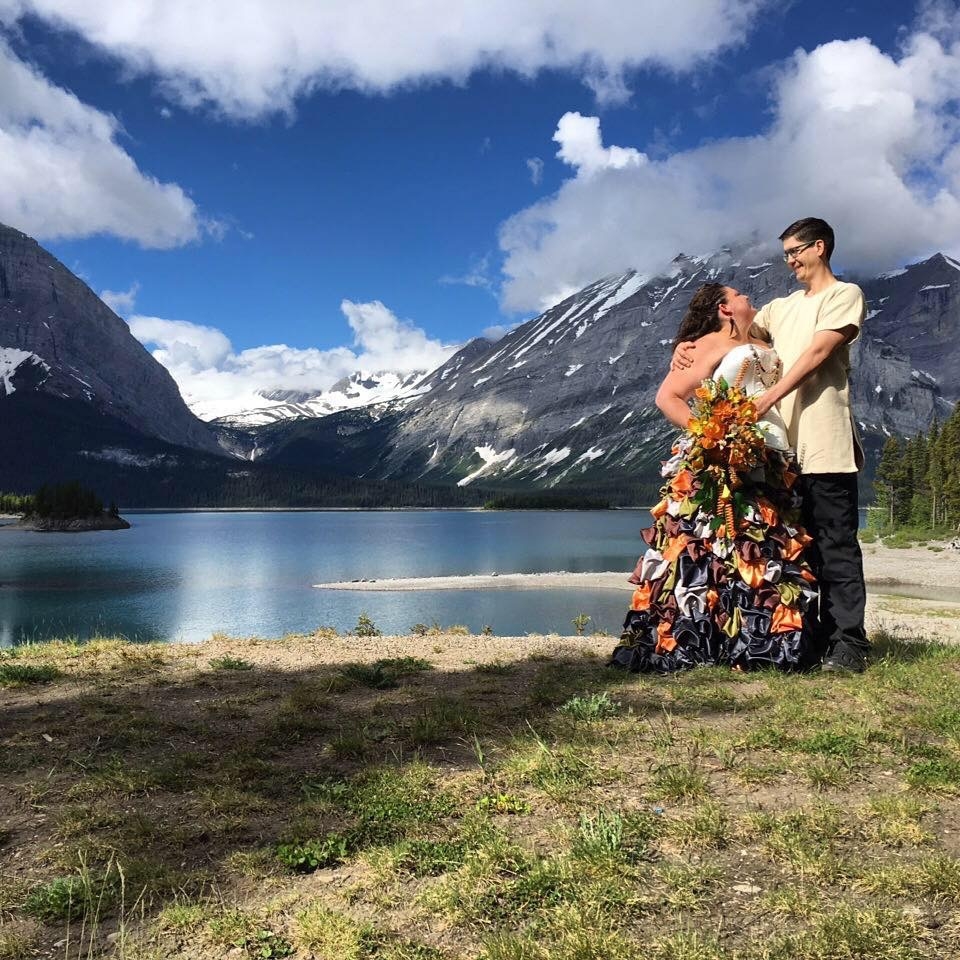 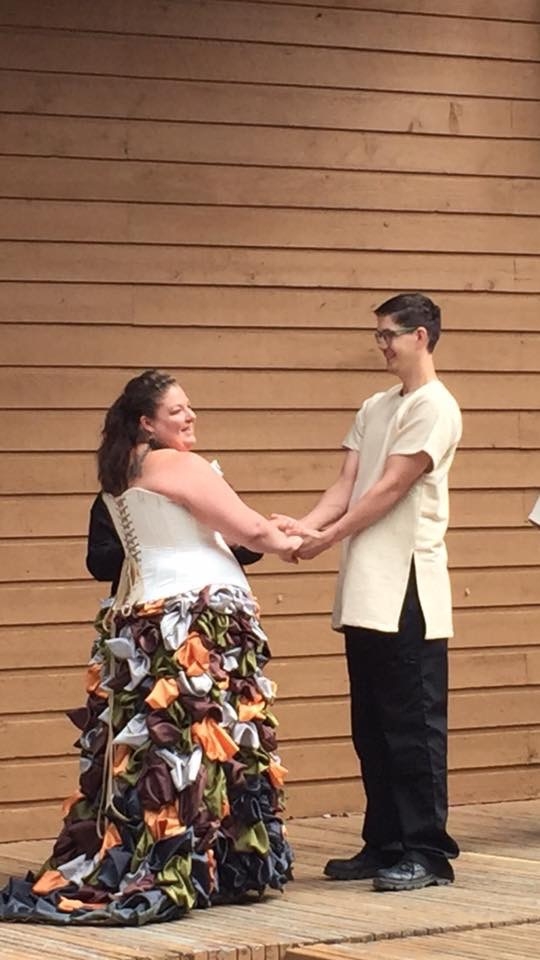 Everyone ate and drank until they could hardly move. We didn't need a dance floor as it turned out. People were so busy talking and photo boothing that they didn't dance, and that was ok. Since it was only 53 guests we actually got to spend one on one time with each guest. We only had 4 toasts and everyone was quick and polite and there was lots of laughs.

The shields as guest books were were a huge hit. Everyone was so excited to leave a little message or even just their name. I am so fond of them. 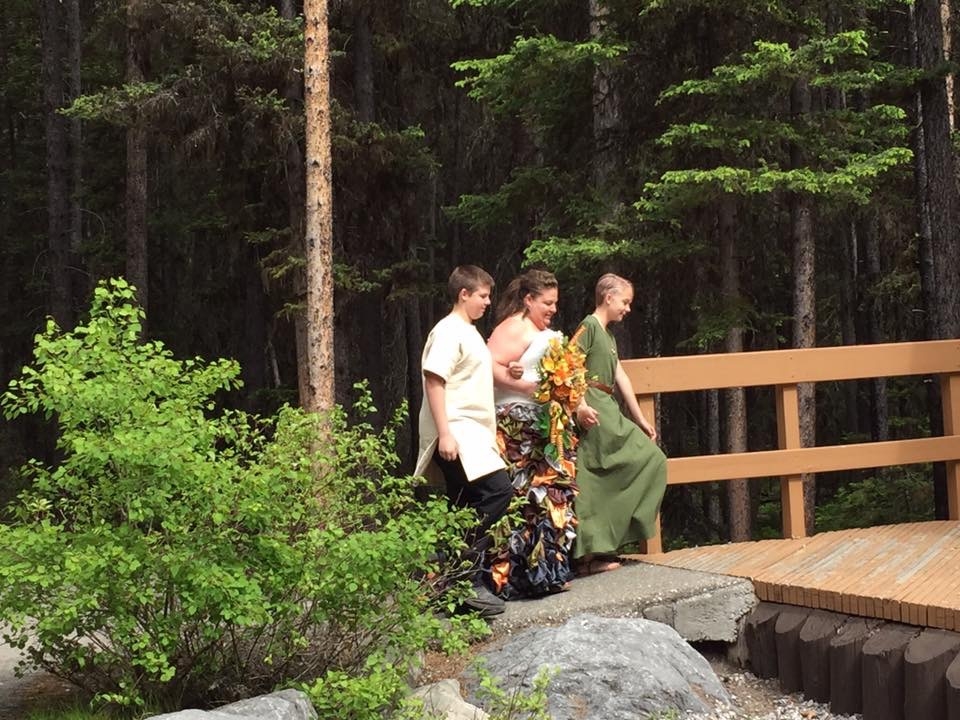 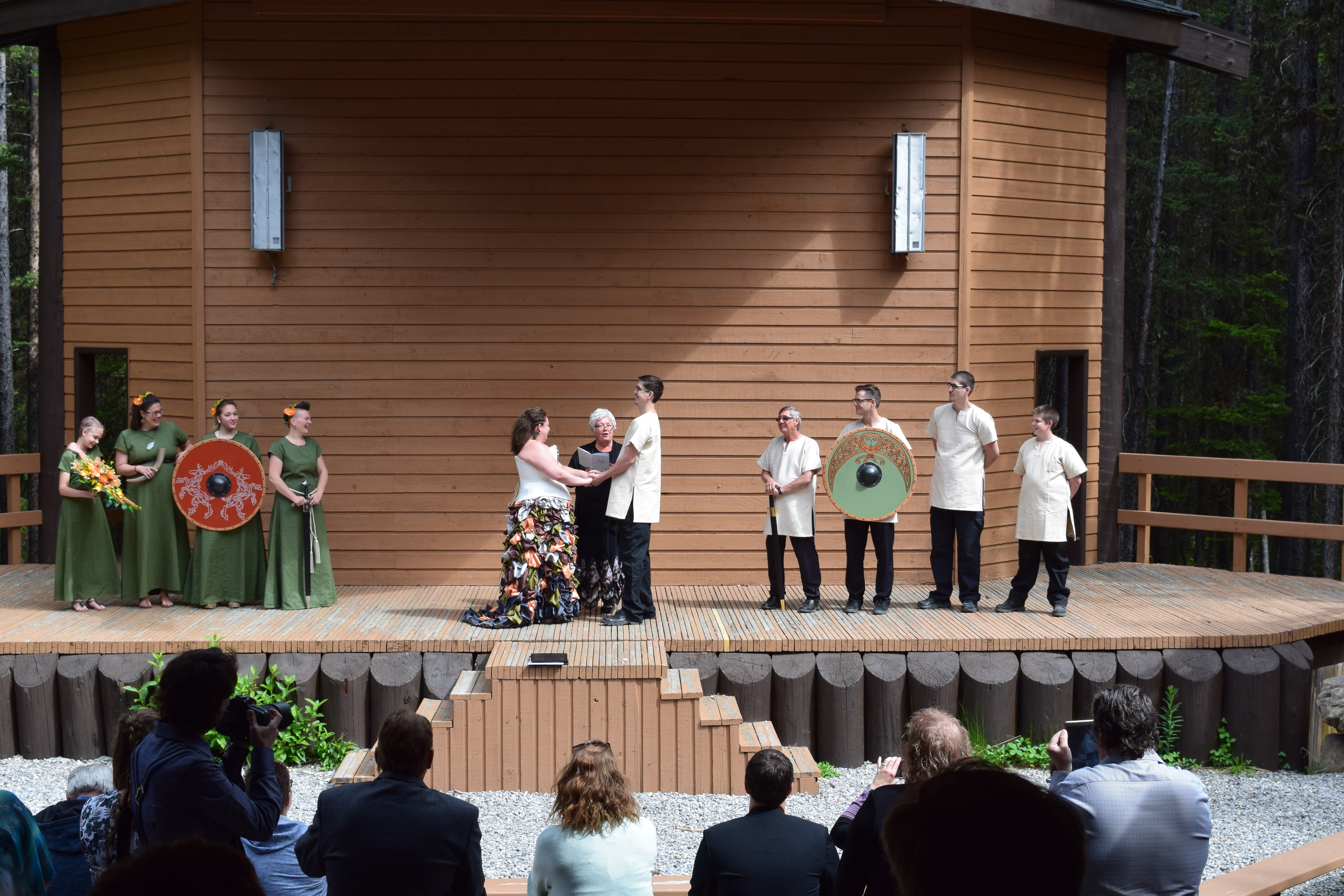 The MOH forgot to bring the rings to the ceremony, so we improvised, but that didn't matter. The music my brothers preformed for us was perfect. I loved that part.

We used one of the swords from the ceremony to "cut" the cake. Because it's more like biscotti than cake we actually smashed it a few times, which everyone got a kick out of. 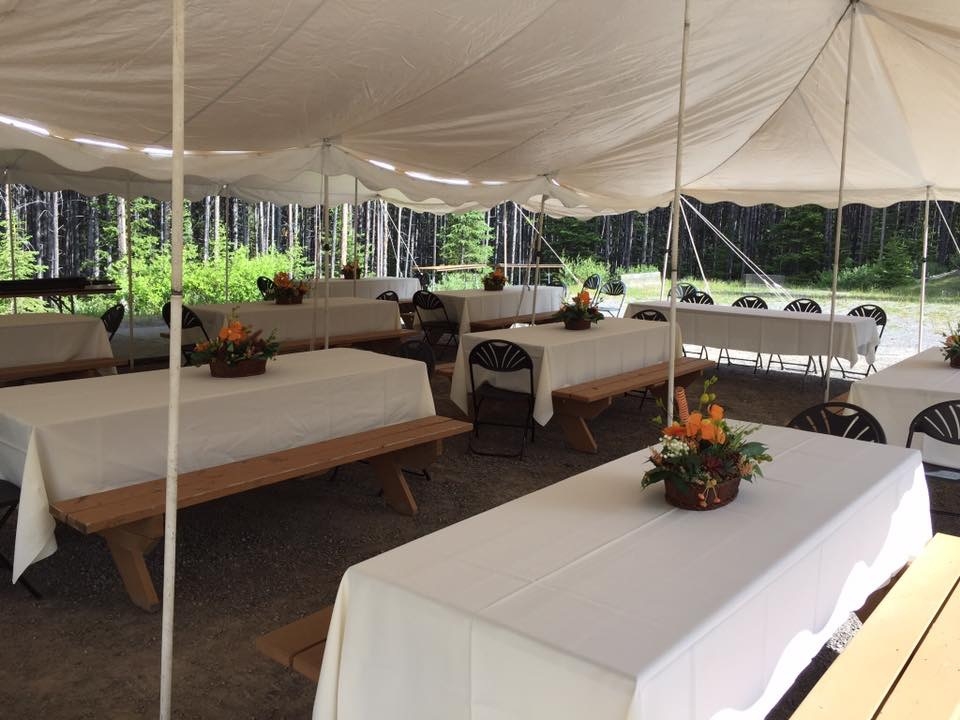 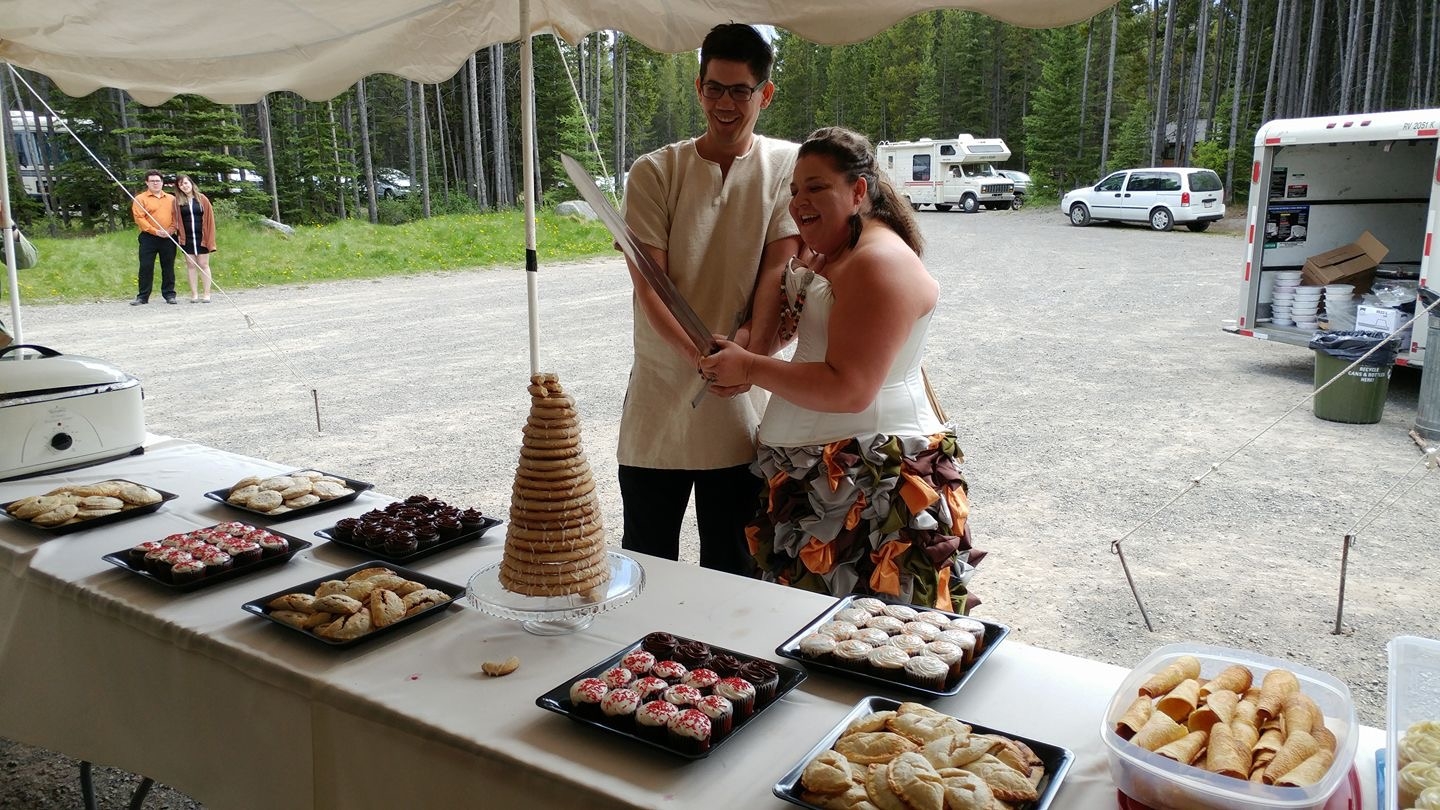 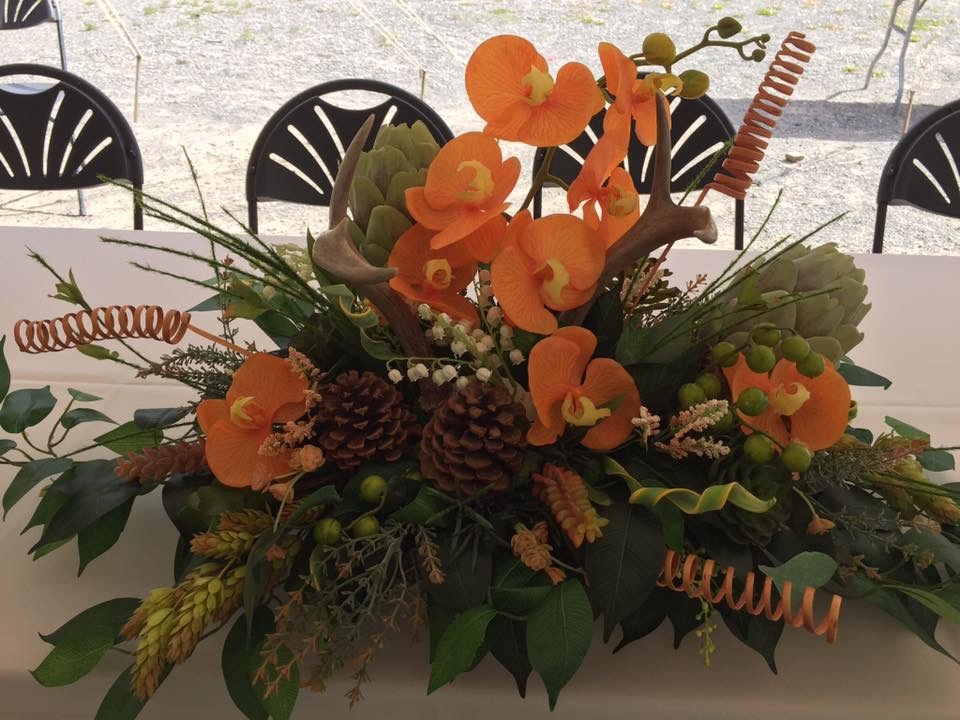 Sorry everything is is out of order. I'm so tired and still have a lot of feels about the whole wedding. I mean I got to marry the man I love, so that was a win. There were some extremely shitty things that happened in the days leading up, but I really did enjoy the day. I'm a bit sad it's all over, and yet so relieved.

My my siblings and I 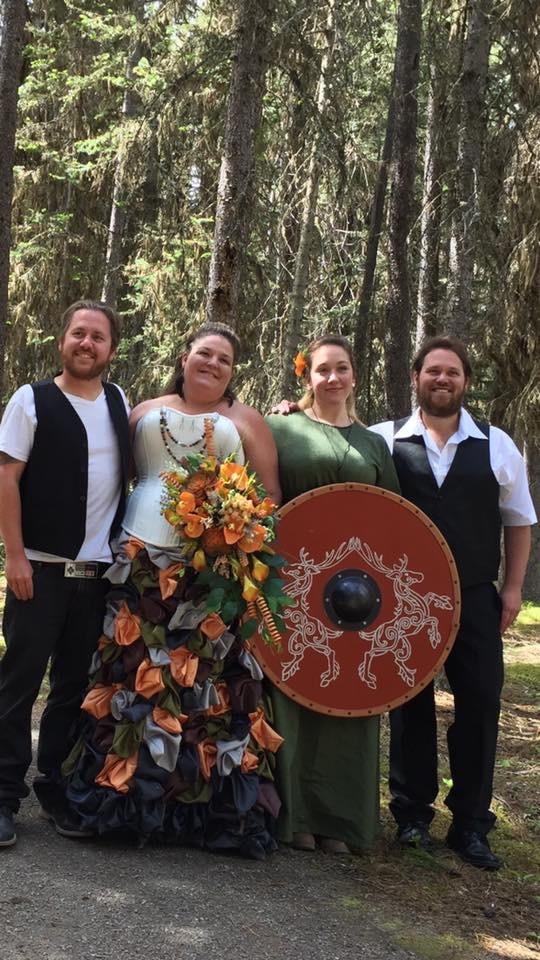 These are all guest photos. We don't have any of the pro ones yet obviously. I might post a few of those eventually, once we get some back.  I might not remember, so I wanted to post something at least, since some of you wanted to see.  I'm sure I am forgetting tons of details so maybe I will add those later too LOL.  Right now I just need rest and coffee. Thanks for all the support during the process. It helped a lot

Re: We Did The Thing