September 2016 in Not Engaged Yet
Hello NEY! I hope some people are around today because I have the BEST news to AW....

(Sorry in advance for the overload of pictures!)

We got back Saturday night from a magical vacation to Disney. Our trip was a complete blast and on last Thursday night, it because a vacation that I would never forget! I have a ton of pics to AW from the trip so I hope you enjoy them!

We visited every park multiple times. They have photographers all around, and we had bought the package that includes getting pictures so I have a ton that were taken there. These are some of my favorites!

One morning we got into Magic Kingdom early for breakfast so I got these pictures with practically no one else in them! I love getting up early just for that reason! 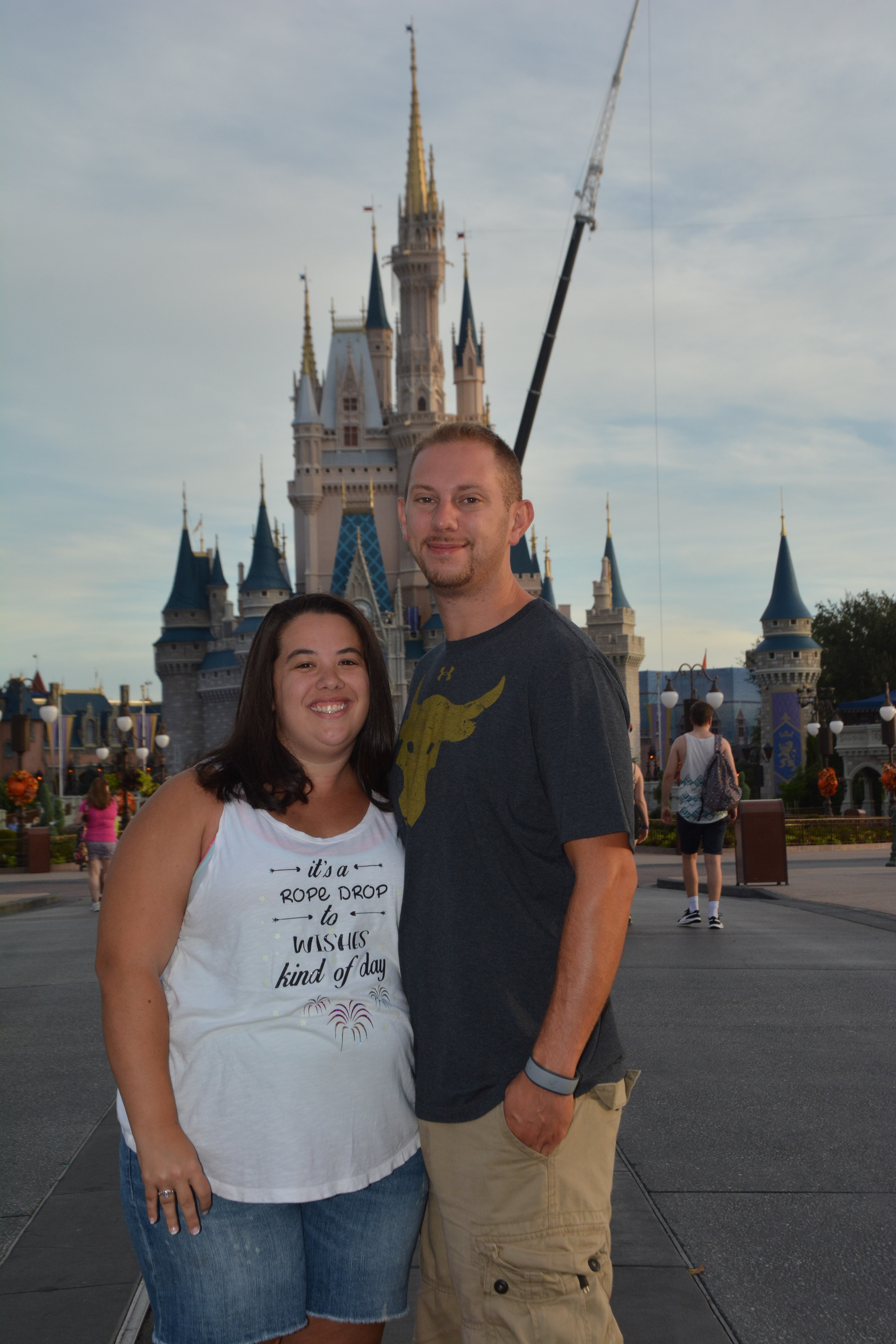 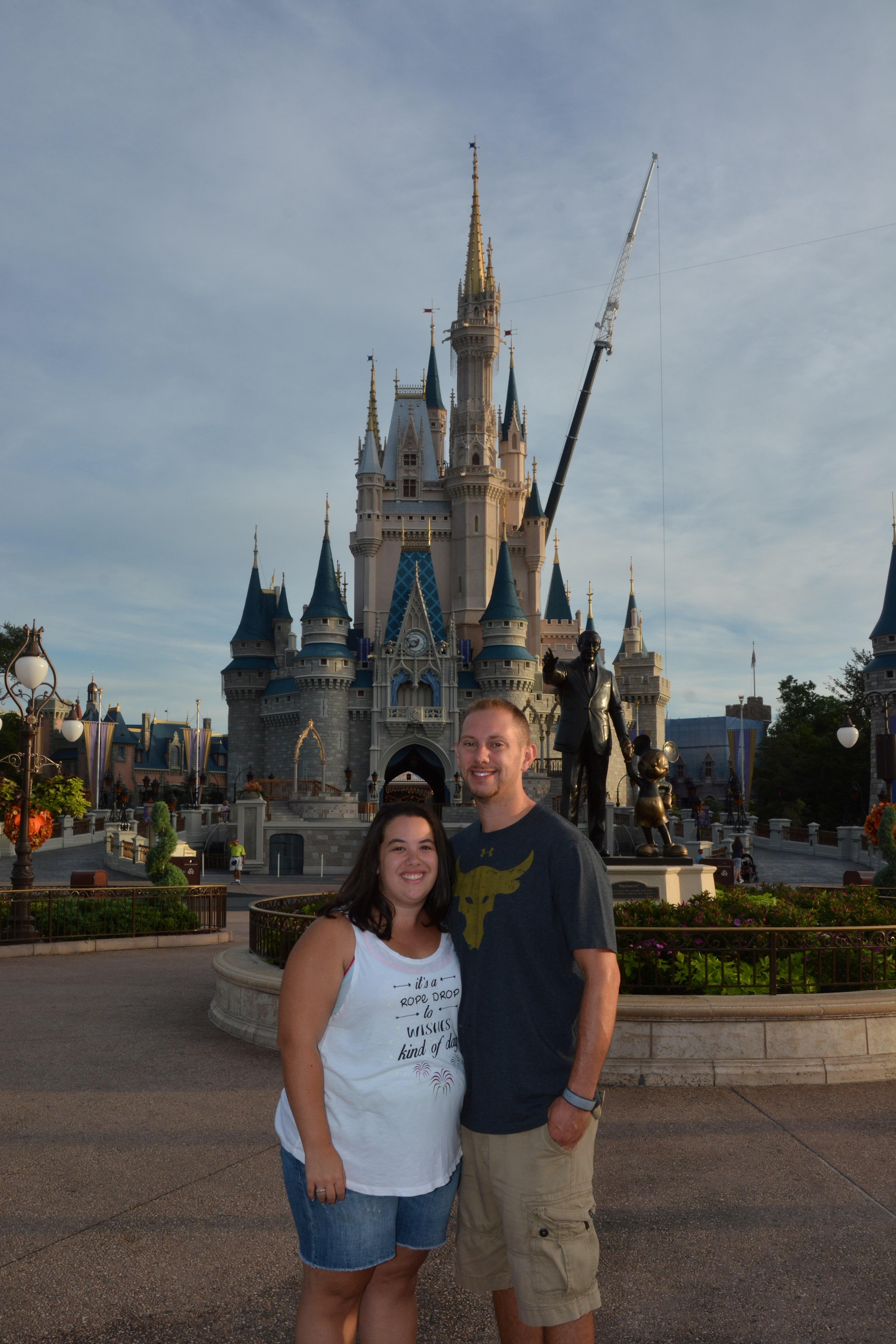 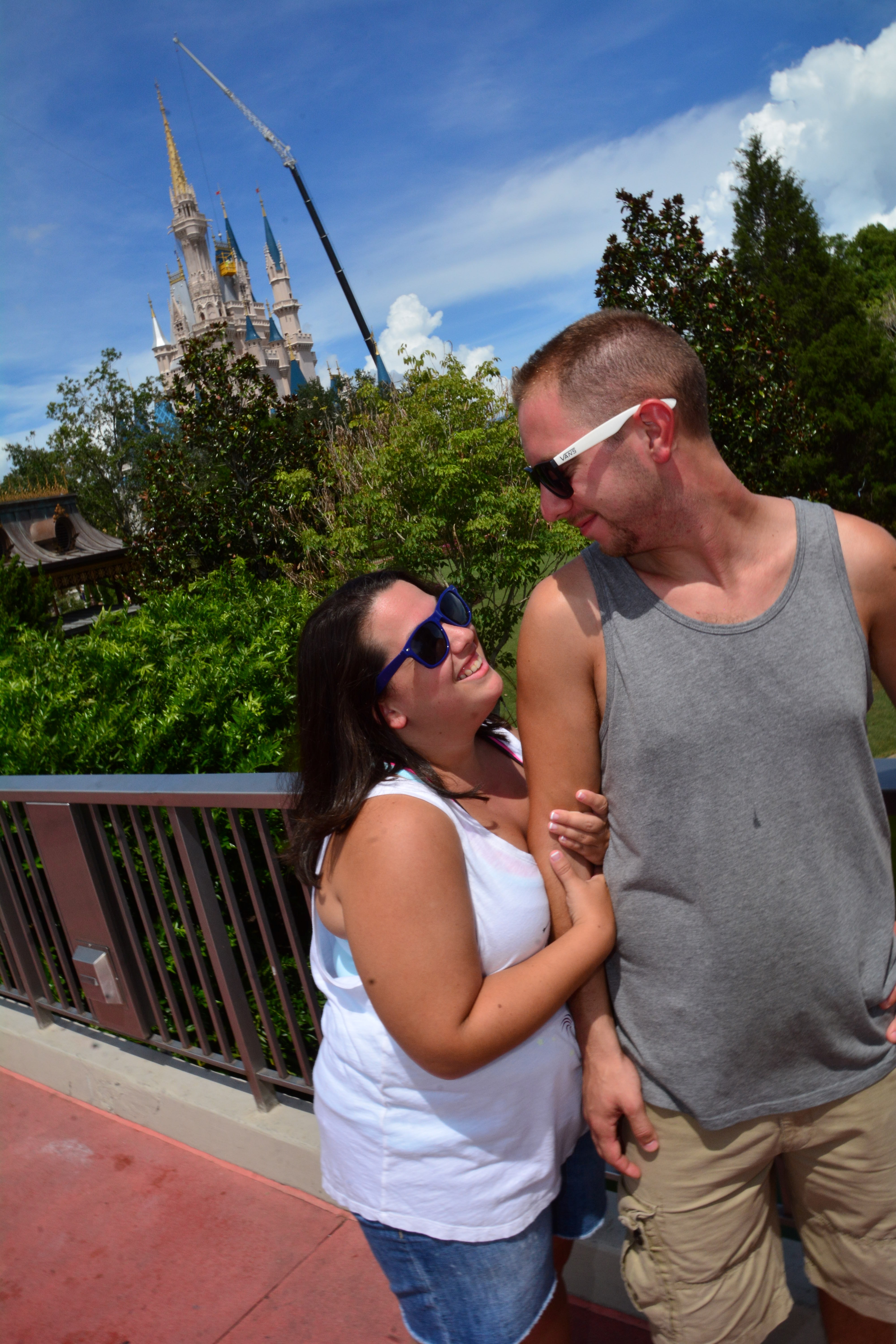 We also did the Halloween party at Magic Kingdom. I was Captain America and FI was Iron Man. This night it absolutely poured and we got wet, but it ended up being a fun night once the rain cleared up. 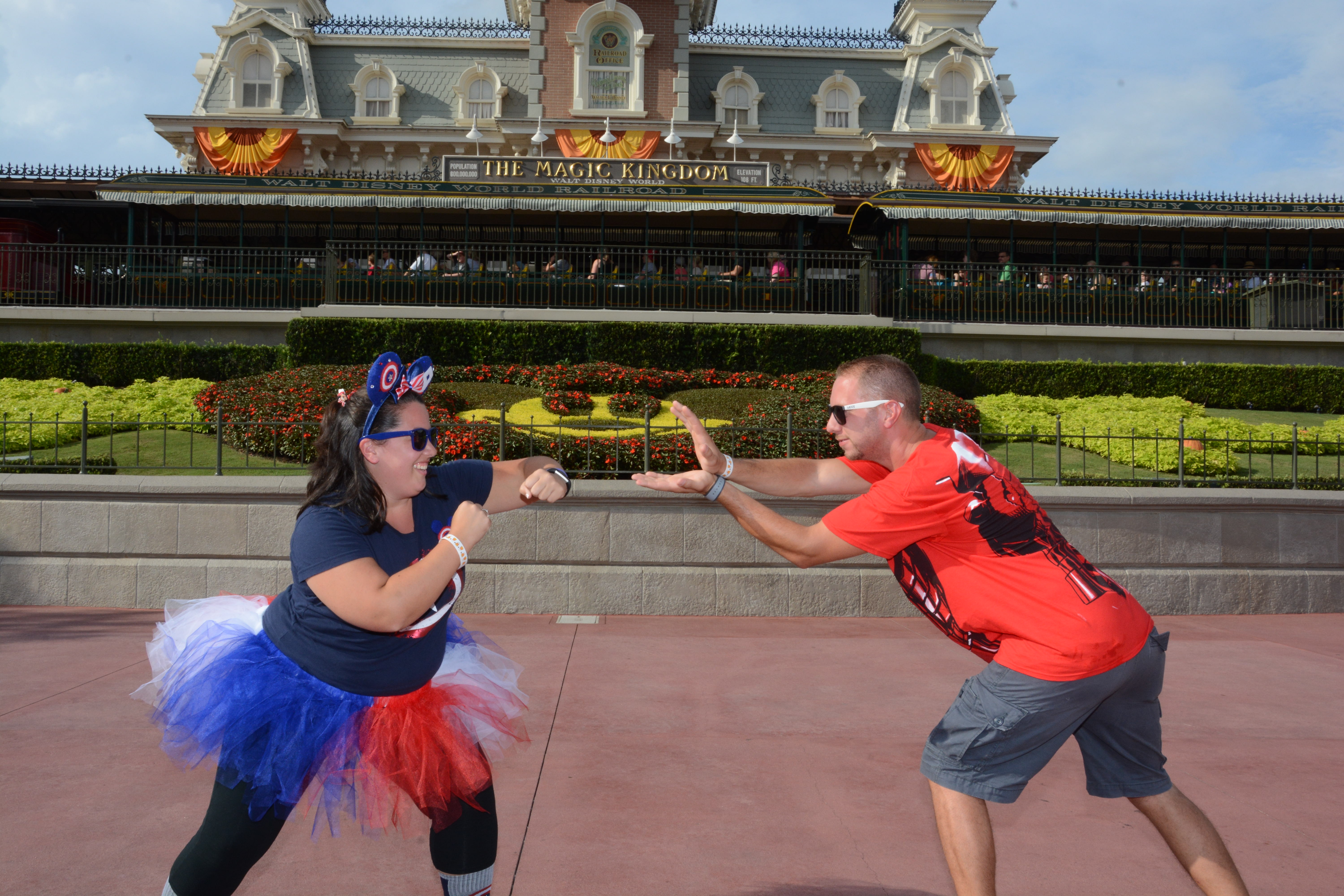 Nothing a hug from Mickey can't fix! 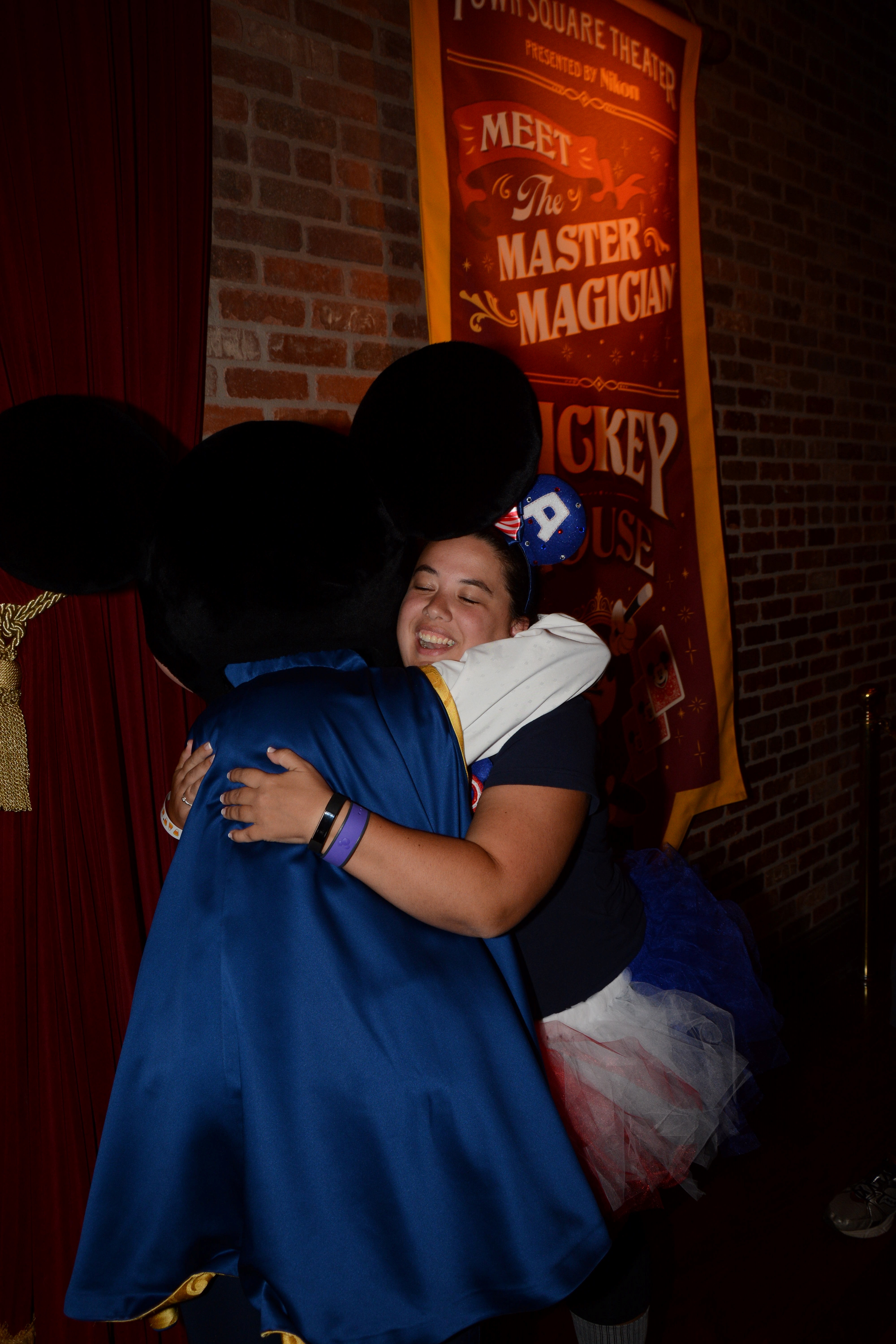 We also went to Hollywood Studios. We got front row on Rockin Rollercoaster! That was sweet as you can tell by our faces LOL 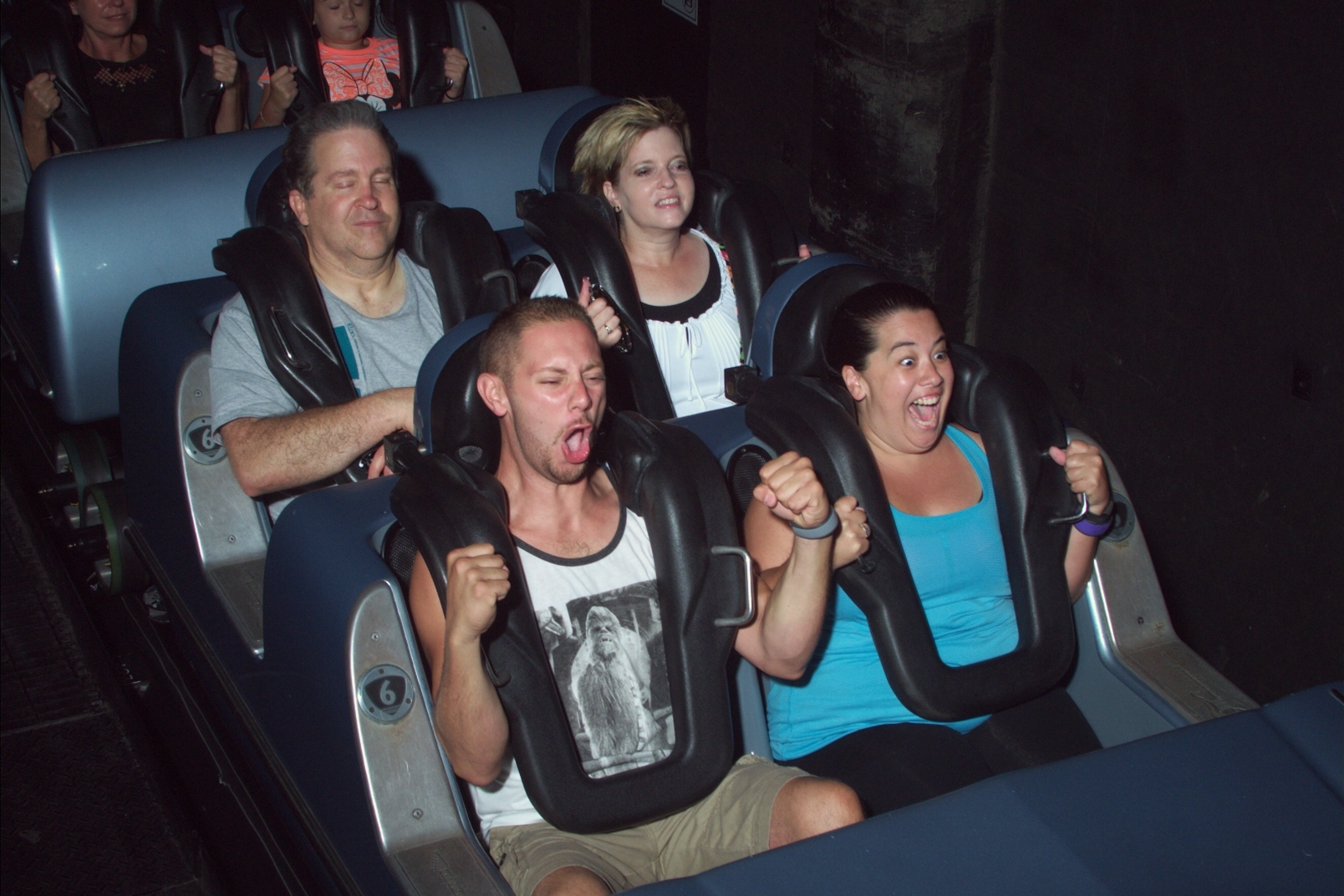 We met Kylo Ren. OMG I didn't know that he talked and he came right up and said "approach" and I almost died. FI laughed about it all week! 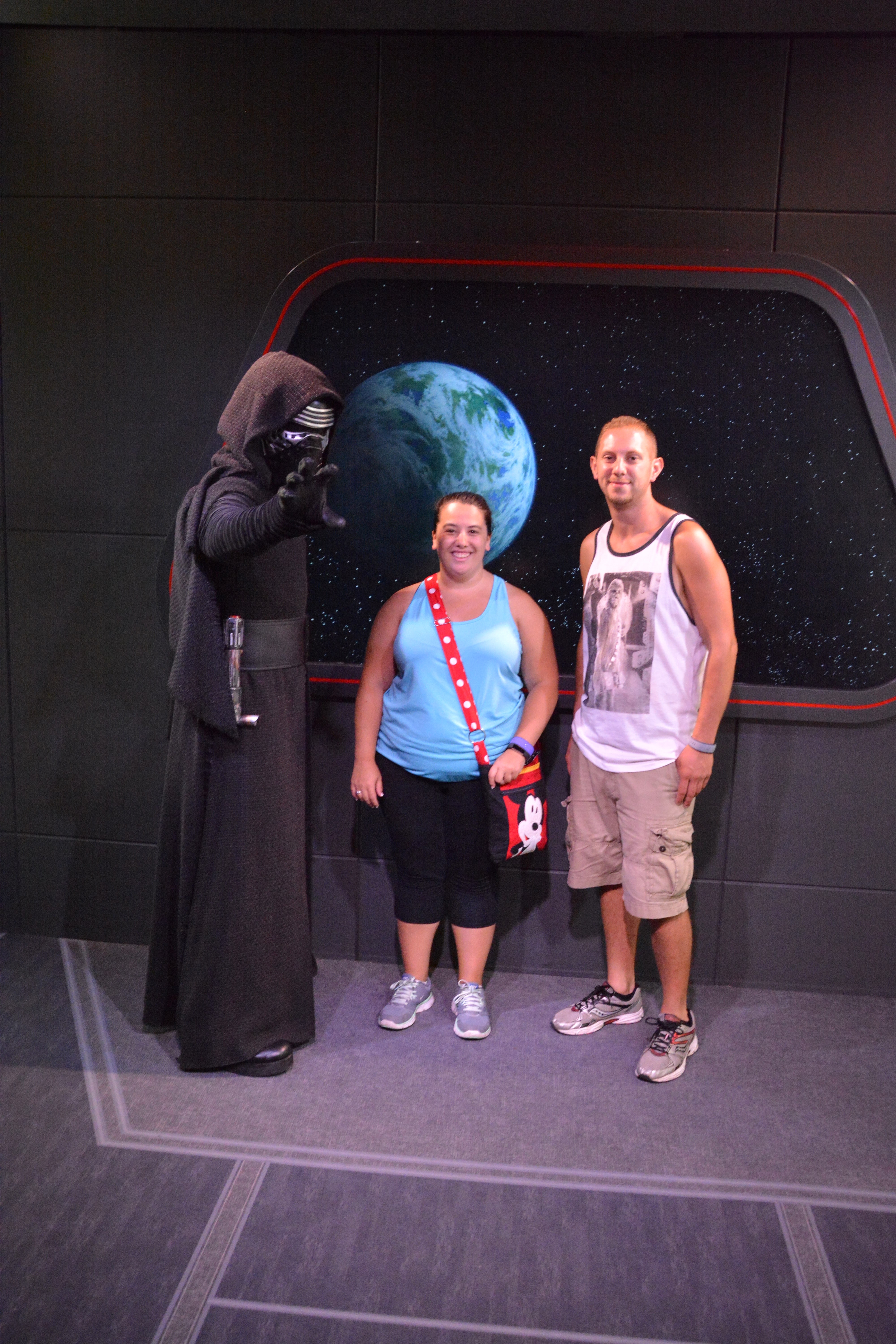 I love this picture too! The photographer said to act like I was pulling FI to go on Tower of Terror. I think it came out great! 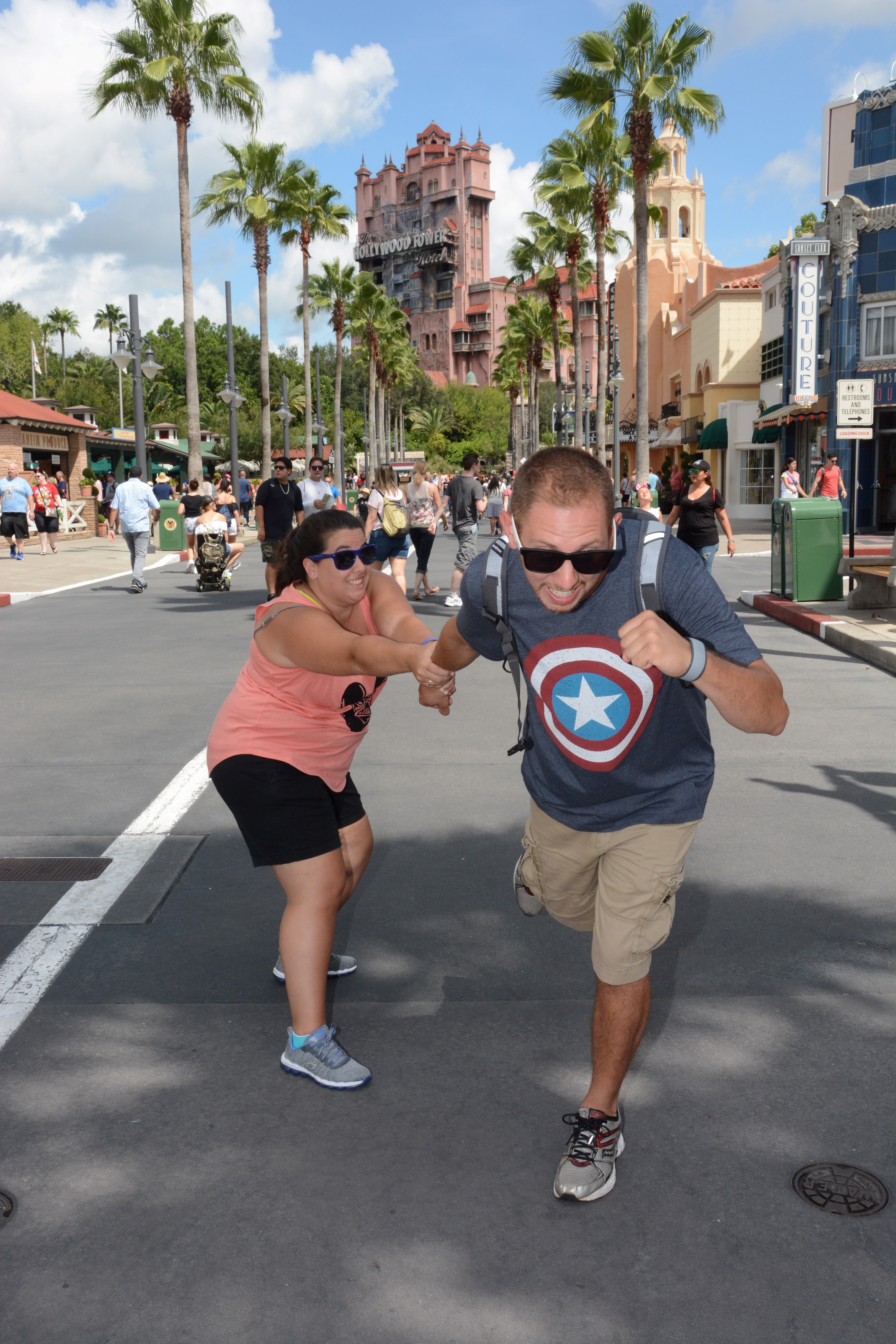 We also went to Animal Kingdom! This might be FI's favorite park because he loves seeing the animals! 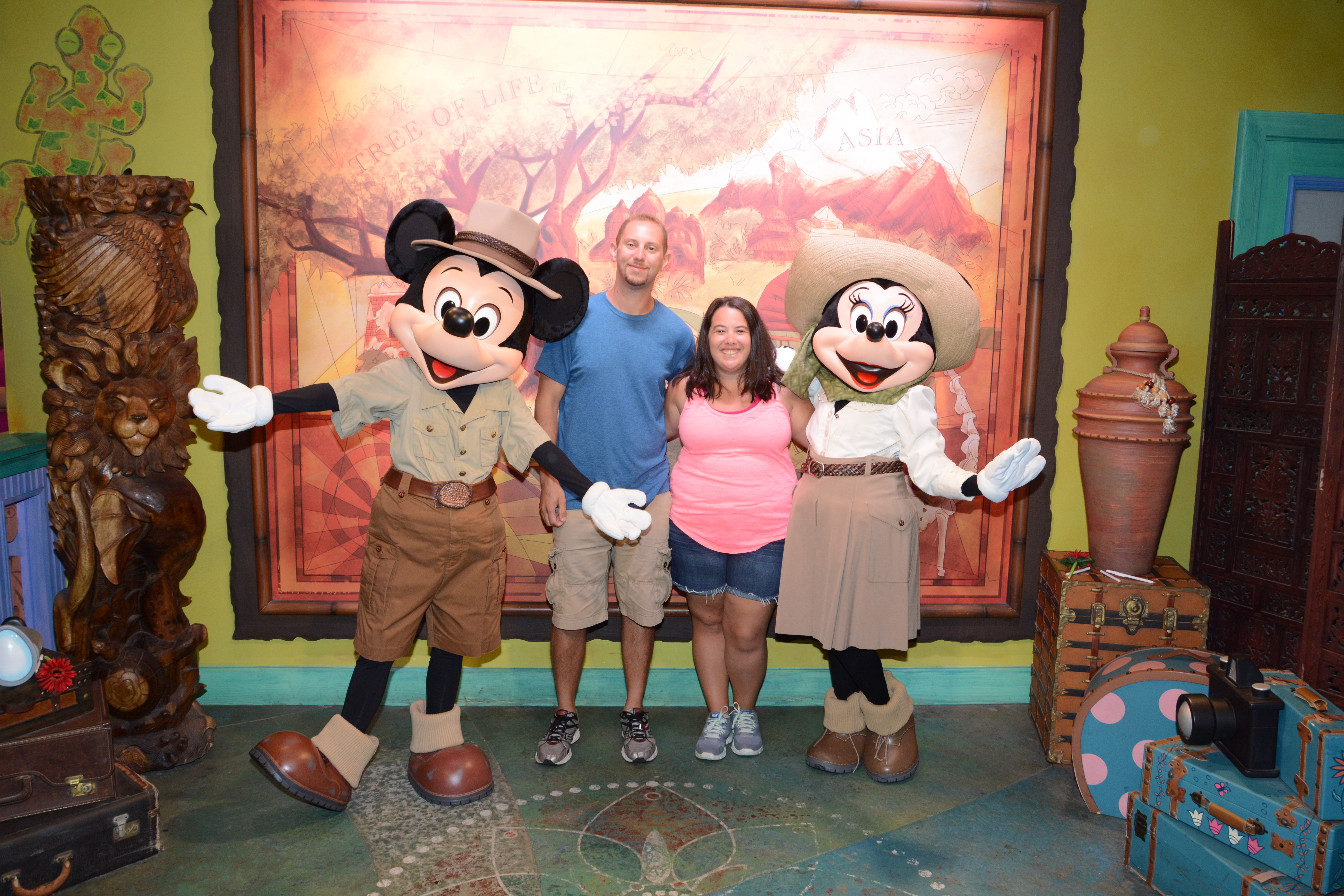 And lastly we went to EPCOT! We really enjoyed the Food and Wine fest. We tried a ton of different foods and drinks from all around the world. I think my favorite was a real Belgian Waffle and his was a Pork Belly from Morocco! Here is us cheers-ing beers in Germany! 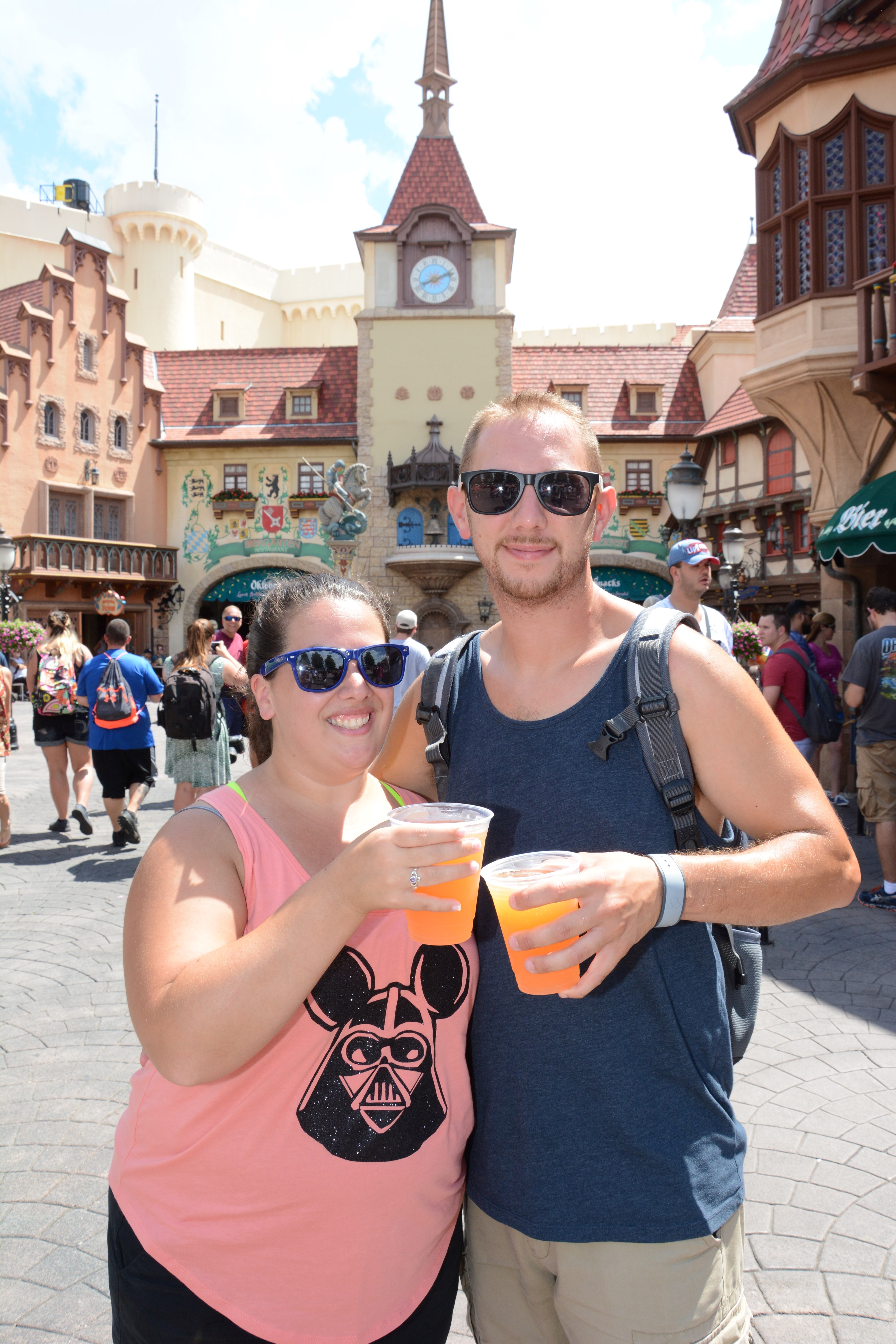 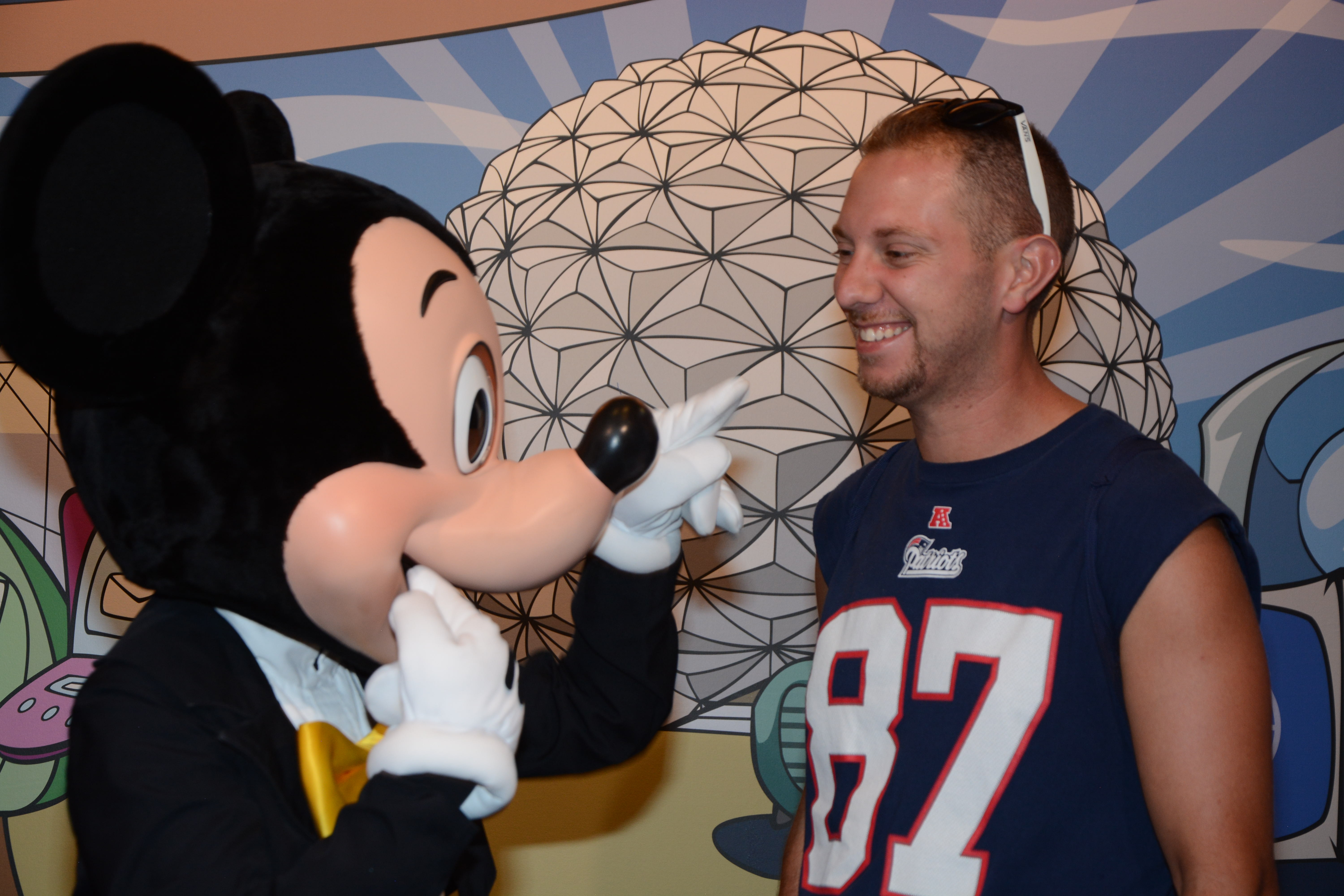 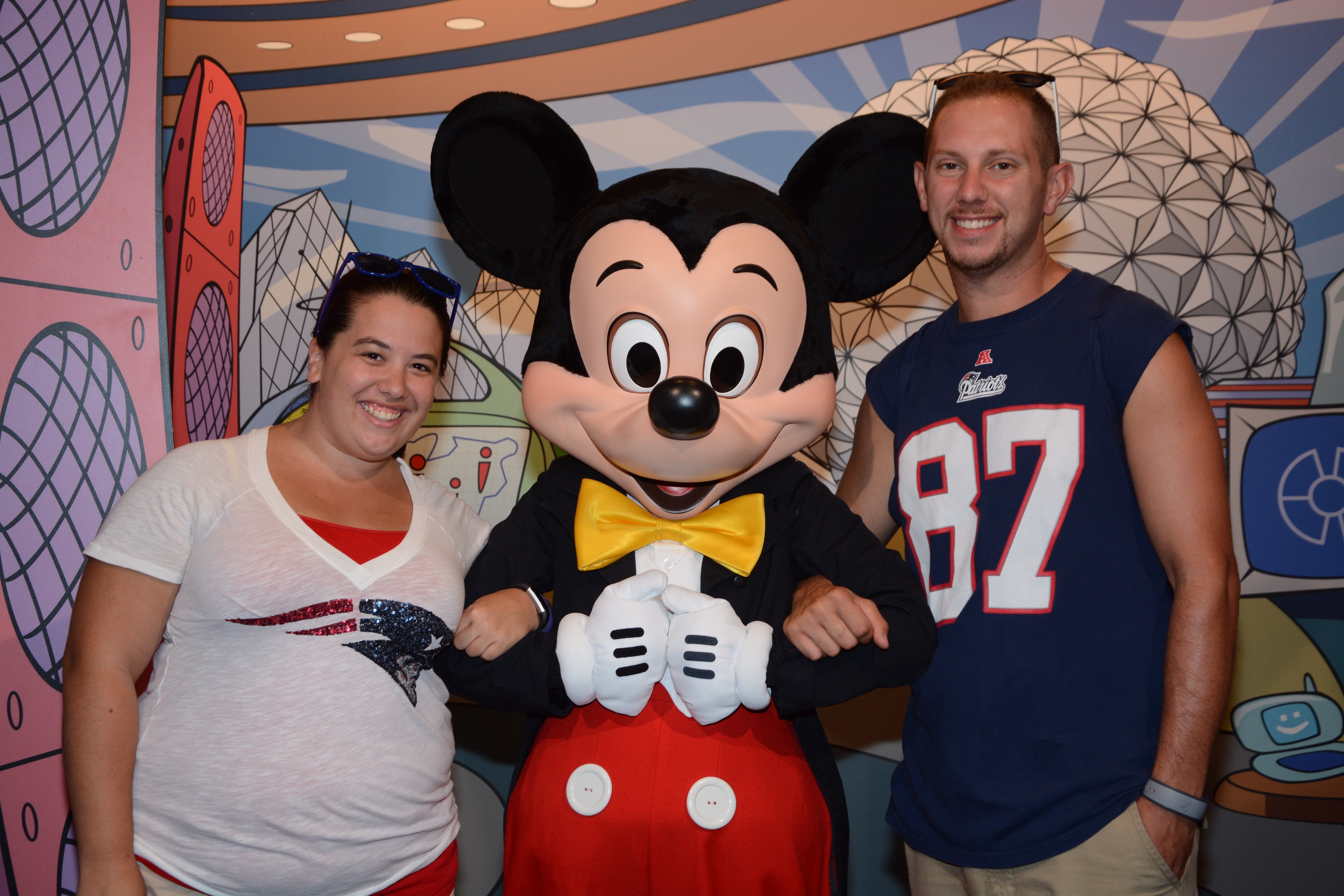 So now to the engagement! We went to Magic Kingdom our last night there, Thursday. We went on rides but the most important thing we planned to do was see the two castle shows, "Celebrate the Magic" (his favorite) and "Wishes" (my favorite). We found a spot right in front of the Castle and watched the first show. They project pictures and stories right on the castle and it is really cool. After that, they was a 5 minute break and then it was time for Wishes.

Wishes is the firework show they do every night and it is set to music. At the end the words are "Make a wish, and do as dreamers do.. and all your wishes will come true." It was during this part that FI got on one knee and asked me to marry him. We were surrounded by TONS of foreign people, and not one seemed to even care, which was fine with FI because he hates attention.

It was so perfect for me! At my favorite place during my favorite show! After it happened, we called my parents and my one cousin (she can see the pictures on my Disney app so it wouldn't take long for her to know.) It was late so FI called his mom the following day and then we told the rest of the family. They gave us buttons that say "Happily Ever After" and all the people who work there congratulated us for the rest of the trip!

This one was taken our last day at our lunch. We got extra attention from Mickey and Chip and it was so sweet!