This Week's Leaders in Christian Weddings

November 2017 in Chit Chat
It’s been a while since I’ve posted on these boards but I wanted to share my excitement. After almost 8 and a half years of dating, my love proposed to me on Sunday at Rhode Island Comic Con.

How he proposed was amazing. A little backstory to go with this, we both are very big wrestling fans. Yes I know it’s lame to be at the age we are and love watching it but it’s one of our shared interests. Originally the plan was that he was going to propose during our trio photo op with the actors from the Boondock Saints. Unfortunately two of the actors canceled so we lost the op. We were then going to have a photo op with two female wrestlers that we both were fans of but the chaos of the morning meant we missed the op time. So as we are waiting in line for him to get autographs from his favorite voice actors he asks me if I wanted to meet anyone there. I said yeah, one or both of the female wrestlers. Once we were done with his autographs I went to the ATM to get cash for my autograph and waited while she finished with other fans. As we’re waiting he went to the security guy standing nearby and asked if there was a way she could help him.

When I got up to the table, she asked me what photo I wanted my autograph on and when I picked it out, she said she was going to write a special message on it and held it away from me. As she’s doing that, he kneeled on the ground behind me. Once she was finished and turned it around, I read the message and turned around to see him on his knee. At that point I was crying and he asked me to marry him. I of course told him yes and we got pictures with her.

It was the best way he could propose and made the Con even more memorable. I have attached photos of my ring, the autograph and the picture we took with her. I’m still in shock from it. 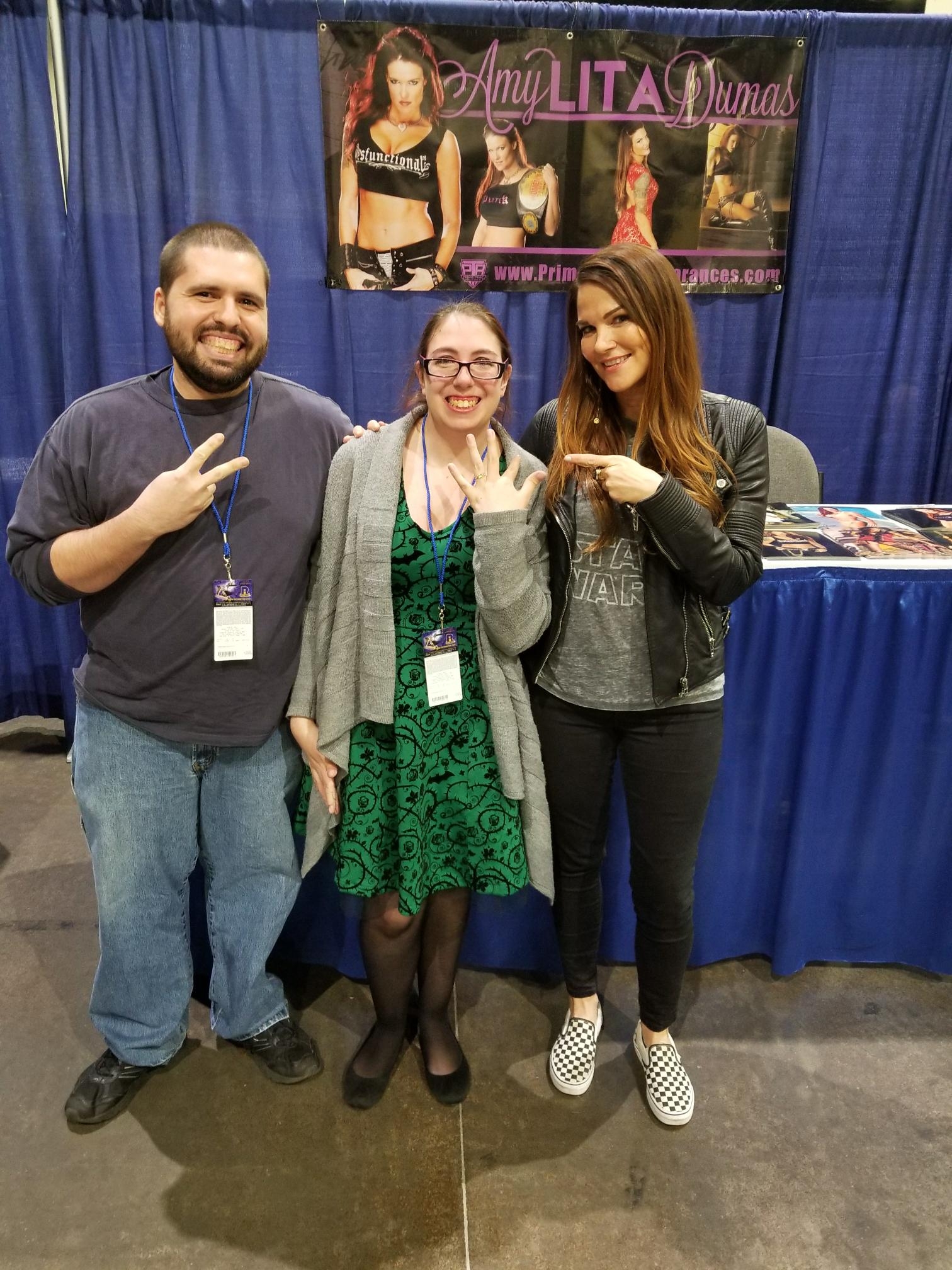 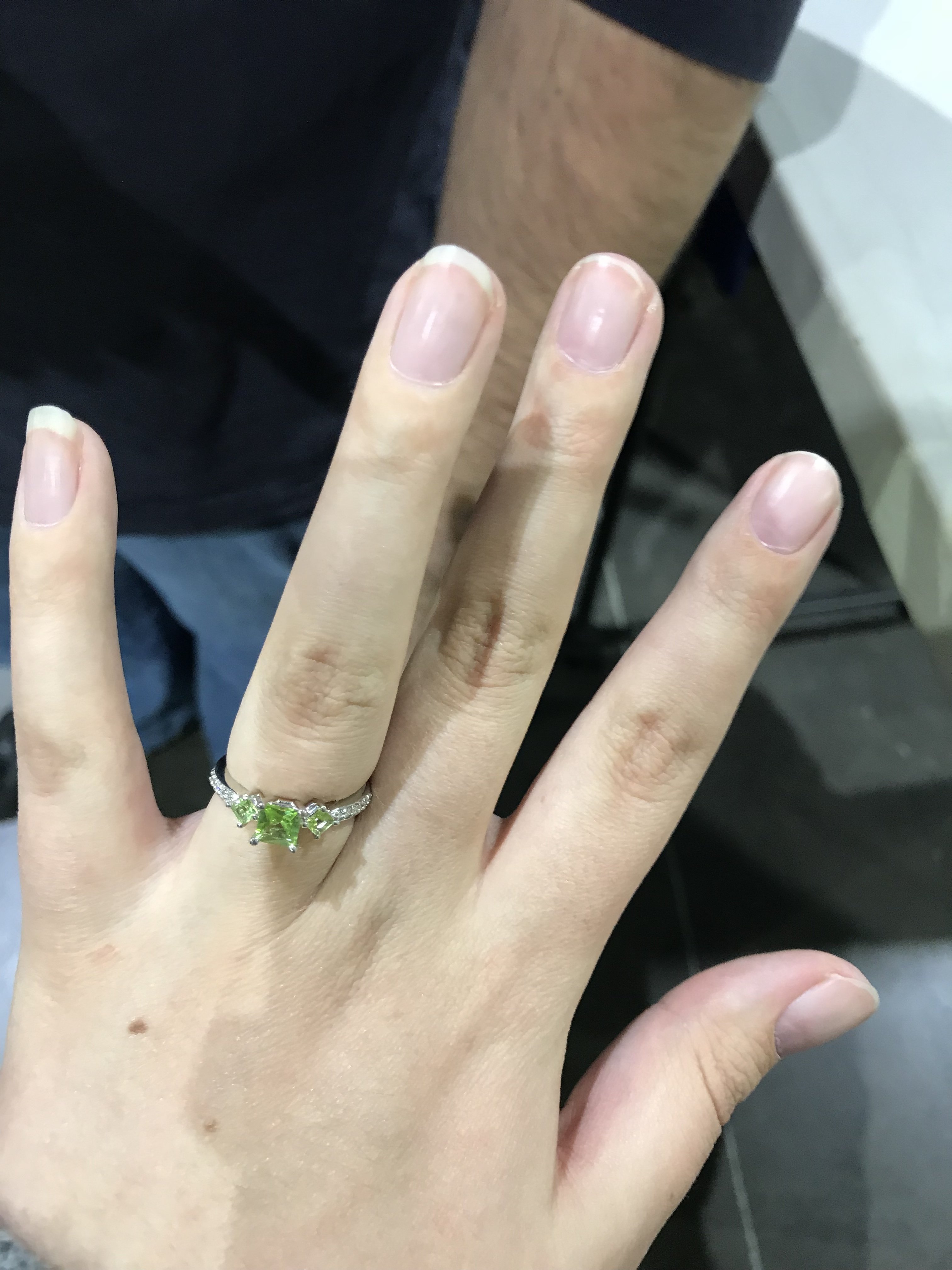 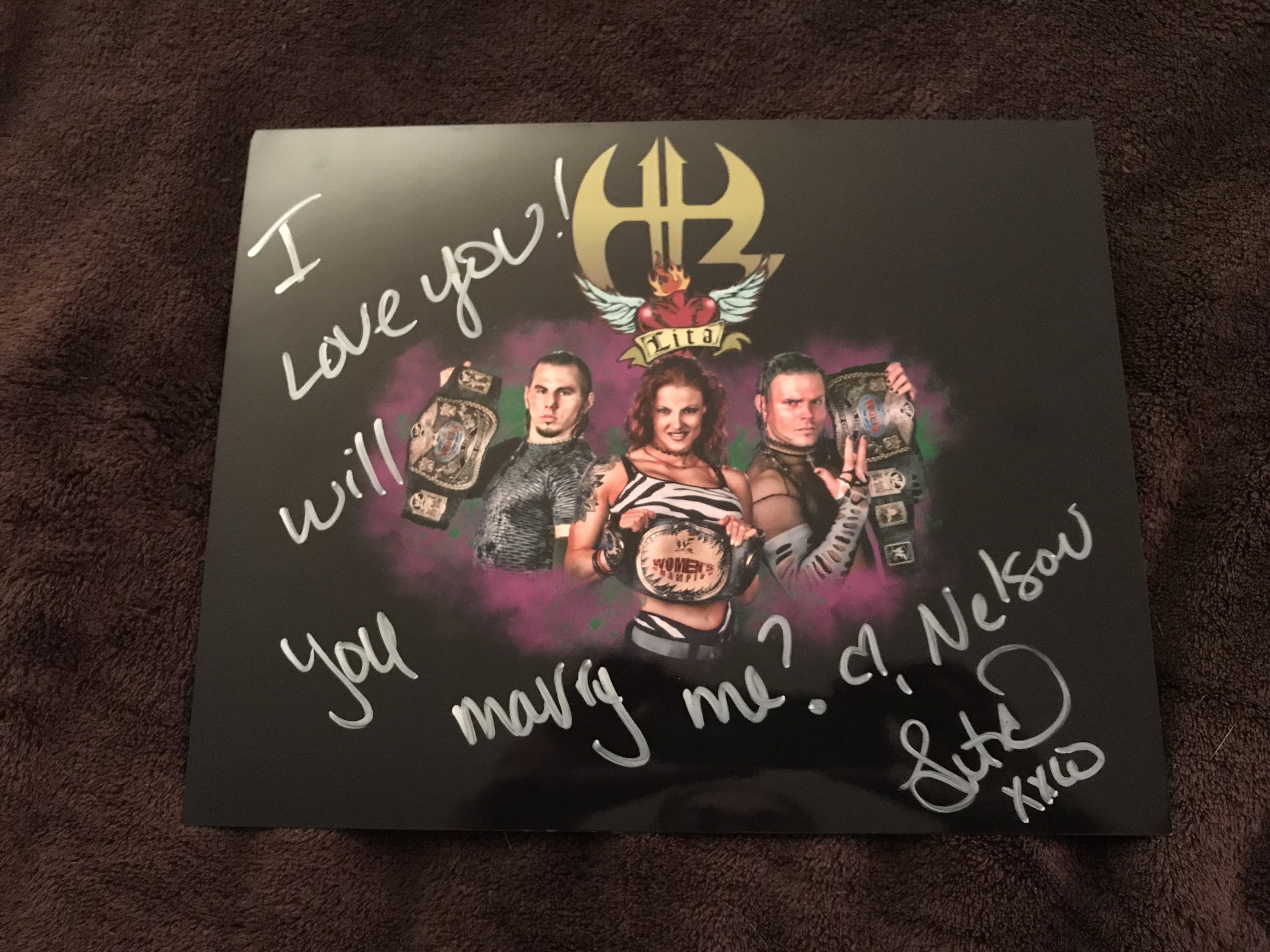