knottie6518c53ae452b80f member
February 2019 in Wedding Invitations & Paper
Hi everyone.  So originally my wedding invitations were going to to be worded as shown below. But now, after a long battle with cancer, my dad has passed away. Initially (before my dad died), my fiancé and I talked it out and decided that we wanted to include/name our parents on the invitations. And I still like the sentiment and want to do it. I’m just not sure how include my dad in way that acknowledges how recently he passed/how much of an influence he had on my life, but as it stands the invitation makes it sound as if he’ll be there and saying “the late” sounds so stuffy. Any advice on what to do? 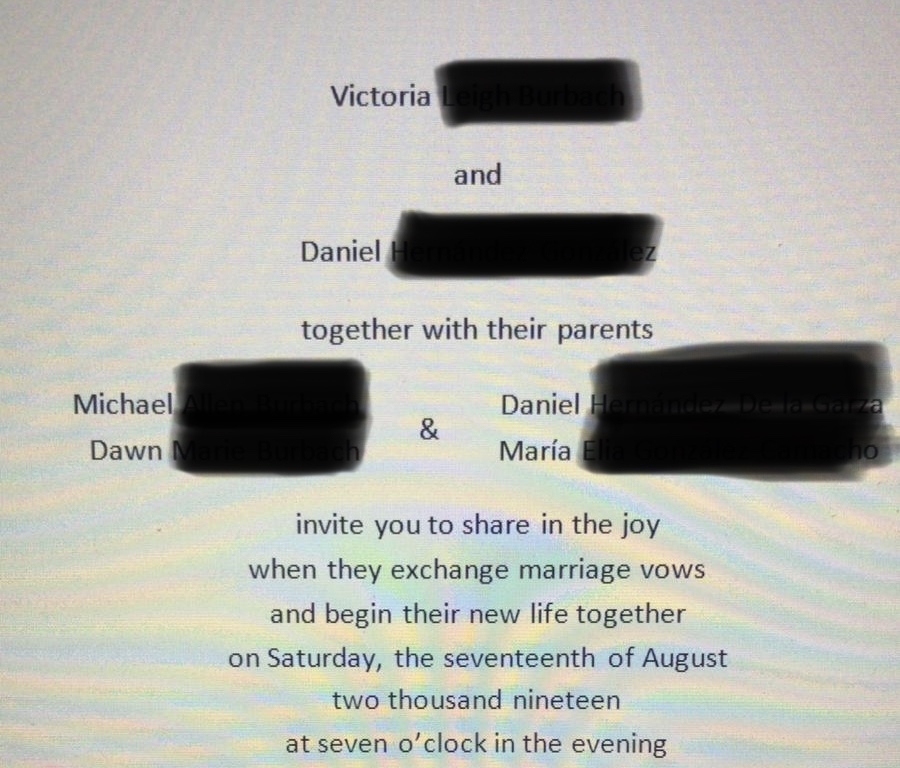