September 2020 in Wedding Woes
Weekend was pretty good, we now have a functioning bathroom vanity! We also got a new cabinet so the bathroom is looking pretty good.
H did it Saturday while my parents came over, mowed the lawn, brought us dinner, and held the baby so I could nap. Y’all my family is tough sometimes but they really are showing up for us right now. 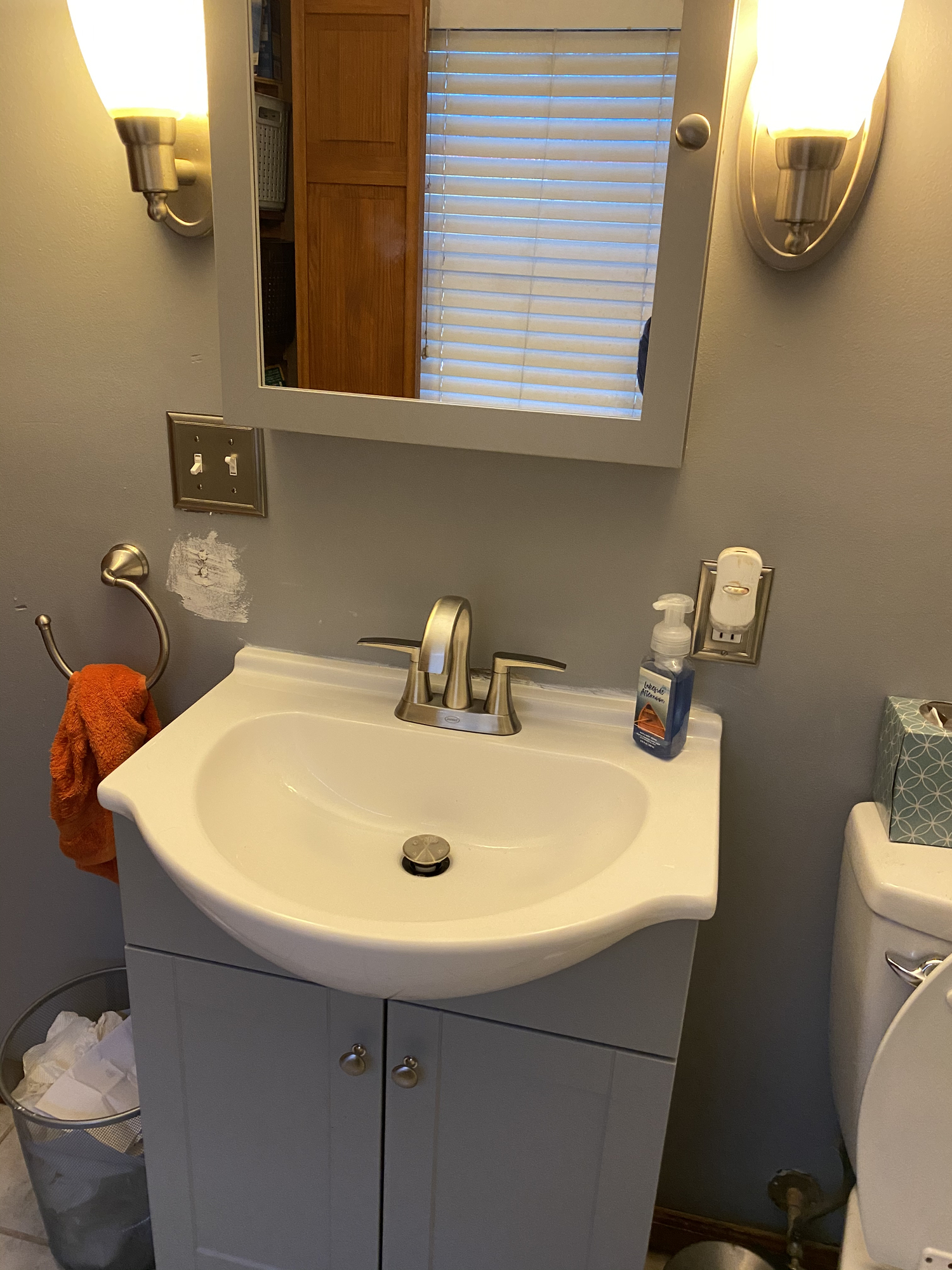