So I got my RSVPs in the mail yesterday and this is how they look. It came to my attention that people who are bringing a guest may only put the number 1 on the “number of guests attending” line. Because maybe they view it as their own name is accounted for on the M line and they’re bringing one other person. My stomach sunk when I realized this. I personally would know to put the TOTAL amount of 2, but some people might not. This could completely throw off my guest count. Do I need to worry or do people know better? Thanks 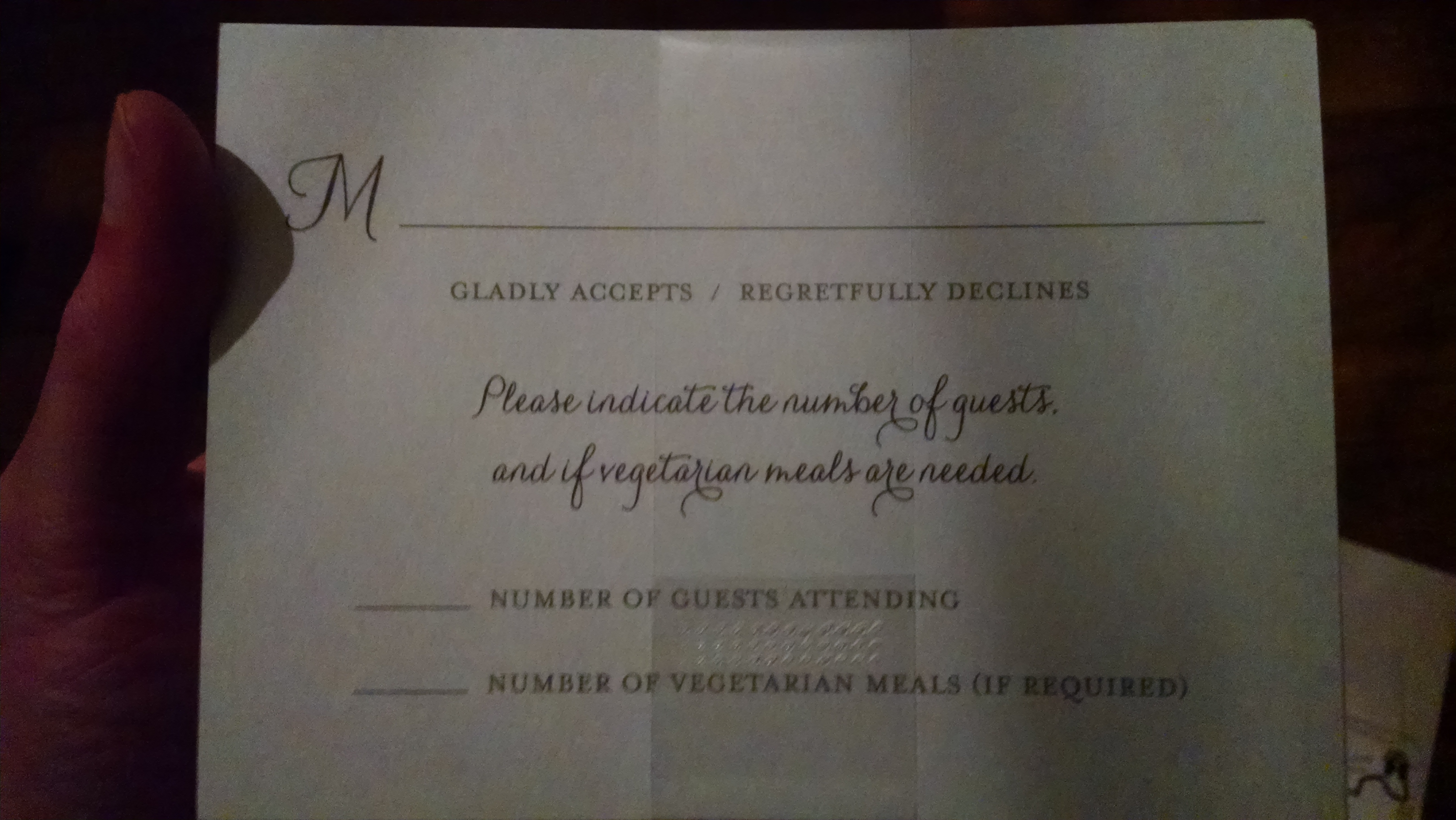 Re: Opinion on RSVP Wording