This Week's Leaders in Getting in Shape

January 2016 in Not Engaged Yet
So I saw this on another forum I lurk on - What are some of your own personal "I'm an idiot" moments. Like, the most ridiculous things that you thought when you were younger & then had an "a-ha!" moment in adulthood, or things that you have said that have made you want to crawl under a rock and die.

When I was little, and looked at old pictures of my parents & grandparents that were in black & white, I actually thought the world was black & white. I said to my mom "It's sad that you had to grow up with no color."

When I was like 9 or 10, I wanted those things on the spokes of my bike that made the clinking noise. You know, these stupid things: 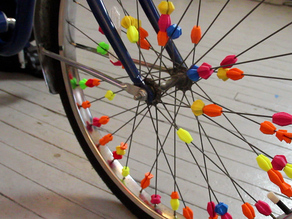